My essay on the relationship between the fantasy of human space exploration – 2001 – and the reality – NASA – and whether humans will ever leave geostationary orbit again, is published in Overland, Autumn 2014. 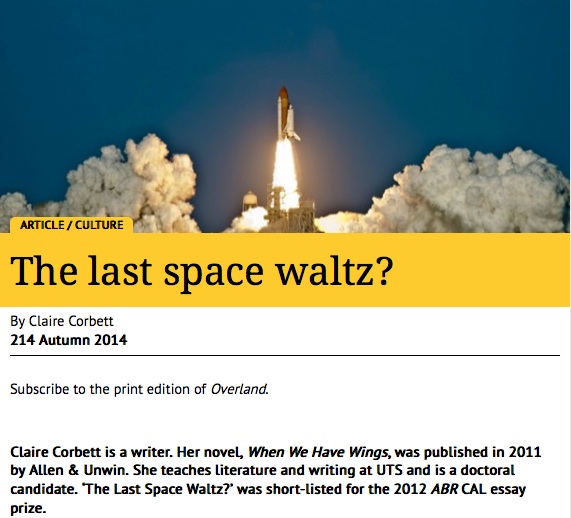 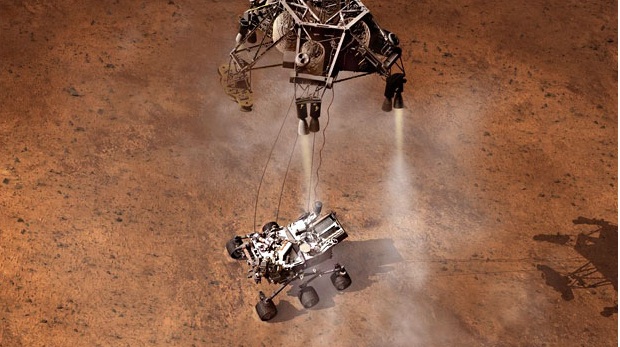 Just over a week until I attend the first ever CSIRO Tweetup as part of NASA’s launch of the Mars Curiosity Rover. This is going to be so fascinating.

From the CSIRO website: “The CSIRO Tweetup will provide @CSIROnews and @CanberraDSN followers with the opportunity to go behind-the-scenes at CDSCC and speak with scientists and researchers. This CSIRO Tweetup will run for 24-hours and will include a “meet and greet” session to allow participants to mingle with fellow Tweeps and the people behind CSIRO’s and CDSCC’s Twitter feeds. Participants will get a special tour of CDSCC, hear from guest speakers, watch the launch and tracking activities, enjoy a telescope night-sky viewing (clouds permitting), and a tour of CSIRO Discovery Centre, plus more.”

Access to this site is normally restricted so this is a wonderful opportunity. I will definitely be writing something about this experience and will let you know where to find the piece when I do, so please check back!

This is big news. I am one of 50 tweeps selected to attend the first CSIRO tweetup ever to celebrate and watch live launch footage of NASA Mars Rover: Curiosity and take a behind the scenes look at the Canberra Deep Space Communications Complex.

More news as it becomes available.